Stop Calling 911. It's the Forest Fire You're Smelling. 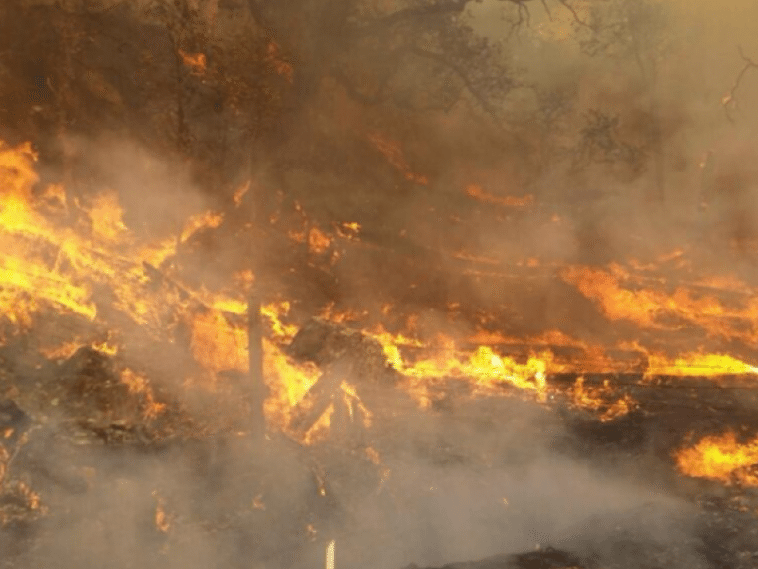 911 Dispatchers are being inundated with people calling because the fires in the Angeles National Forest and Simi Valley smell so close.

People around the San Fernando Valley, Hollywood Hills, Studio City and Mount Olympus are smelling smoke and calling 911 thinking there is a wildfire near them, says the Los Angeles Fire Department’s Brian Humphrey.

However, it is just smoke from the Rustic and Cabin fires, says Humphrey. Humphrey urges people to seek a presence of flame if its safe to do so before calling 911.

A brush fire raced through dry vegetation in the hills north of Glendora today, scorching about 900 acres in the Angeles National Forest, destroying four cabins and sending thick smoke into the air.

About 400 firefighters were assigned to the attack, Seastrand said.

Fire crews from Los Angeles and San Bernardino counties were among those assisting Angeles National Forest crews in battling the blaze, which was reported shortly after 1 p.m. off Highway 39 near Rincon Red Box Road.

The air attack was suspended for the night, but six helicopters and eight air tankers were expected to return at daylight, he said.

Early on in the firefight, one helicopter involved in the effort made an emergency landing alongside a reservoir, possibly after clipping some power lines in the area. The aerial attack was critical to the firefighting effort, thanks to rugged terrain that limited the access of ground crews.

Temperatures in the fire area hovered around 100 degrees this afternoon.

Within about 30 minutes of ignition, the brush fire had spread to a cabin nestled in the woods, and it quickly engulfed the structure. The fast- moving fire also managed to jump Highway 39 as it pushed its way into the forest.