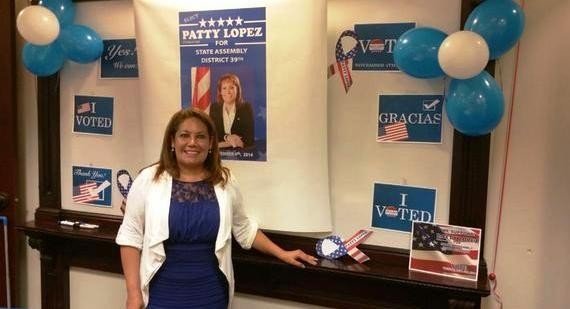 Lopez led by 182 votes on election night and won by 467 votes with provisional and mail-in ballots counted. Bocanegra said he will not ask for a recount.

“While the vote tally is incredibly close, it is clear that my opponent will be victorious by the narrowest of margins,” he said. “Although many residents and community leaders throughout the 39th Assembly District have urged me to undertake a recount, I do not want to put the state — and particularly the residents of the northeast San Fernando Valley — through such a costly and time-consuming process.”

The result shocked the political establishment from Los Angeles to Sacramento. Bocanegra, a first-term candidate, was considered a strong candidate for Assembly speaker. He won his primary by nearly 40 points and collected more than $600,000 in campaign contributions this year.

Meanwhile, Lopez said she never expected to win and only ran to advocate for more local school funding. She was fined $400 for not reporting any campaign contributions until after the election. She said she spent less than $10,000, and the money came from small donations from friends and family members.

Lopez, a former outreach coordinator for the North Valley Occupational Center, believes she won by reaching out to every person in the community and focusing on education. Bocanegra mostly campaigned for other candidates and appeared to spend little time campaigning in his own district.

In the weeks since the election, the reasons for the surprising result have been debated. Shortly before the election, Bocanegra received praise for co-authoring a bill to expand the state’s tax credits for television and movie filming, but the legislation may have been less popular at home.

Political analysts have suggested Lopez also may have benefited from having her name first on the ballot. Some voters selecting all Democrats may have chosen her name without noticing the race featured two Democrats.

Others have said Lopez may have seemed more relatable. She moved to the United States from Mexico as a child, and she describes herself as a hard-working housewife who serves as a parent volunteer and community organizer.

In a statement Monday, Bocanegra noted he comes from a working-class immigrant family. He said he is grateful for his family’s hard work.

“I am proud to have represented the northeast San Fernando Valley –- the community in which I was born and raised and have spent my life serving,” Bocanegra said. “I am very proud of what we have accomplished in the past two years.”