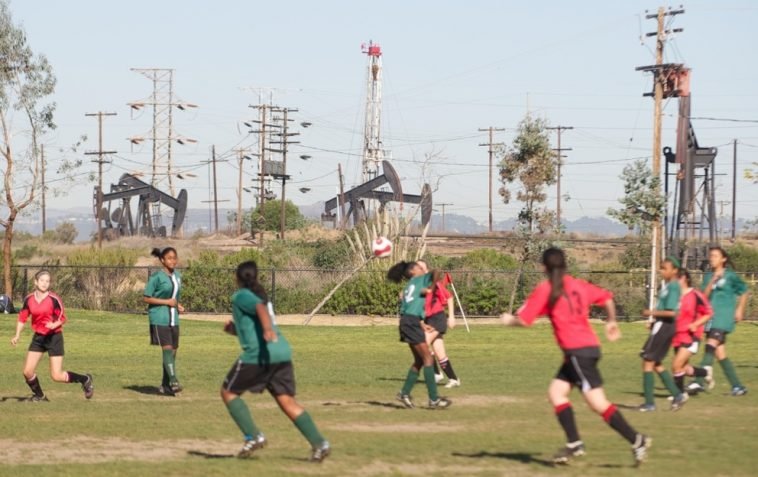 Over the objections of the oil industry, Council President Herb Wesson wants to eliminate oil drilling in neighborhoods where people live.

The motion calls for a study on the proposed restrictions, which would also include parks, churches and health-care facilities.

Wesson's motion does not state how far a drilling operation might need to be located from protected facilities, but it calls for the Department of City Planning, with the assistance of the city attorney and the city's petroleum administrator, to report back within 90 days with an analysis of possible changes to the city's zoning code that drilling operations be located within "a certain setback proximity" of residential facilities.

Residents who live near drilling sites have been speaking out in recent years and complaining of health complications they believe are connected to the local oil fields.

"The closer oil and gas wells and storage facilities are to sensitive land uses, the higher the risk that the health and safety of nearby residents could be threatened," according to the motion. "Due to the ongoing health impacts experienced by residents from neighborhood drilling activity, it is imperative that we identify and implement a meaningful, long-term solution."

On the eve of the motion's introduction, the CEO of an association representing 500 independent oil and natural gas producers said Wesson's proposal would hurt local jobs, reduce tax revenue and likely result in legal action.

"If the council proceeds with this study, it needs to take into account the economic impact of banning local energy jobs, the loss of state and local taxes, the legal exposure the city will face from an illegal taking of private property, as well as the increased dependence on imported foreign oil tankered into L.A.'s ports," said Rock Zierman, CEO of the California Independent Petroleum Association.

If the study were to lead to a law banning drilling near residential properties, it could have wide-ranging implications for the local industry, which has more than 1,000 oil wells in the city and more than 580,000 residents living within a quarter-mile of one.

Zierman said the environmental standards for drilling in Los Angeles are among the strongest in existence.

"Production within the Los Angeles basin must follow the toughest standards in the nation, if not the world. This not only includes regulation by the city, but also the county, regional air quality management, as well as state and federal regulators," Zierman said.

In January, residents who live near a South L.A. drilling site on Jefferson Boulevard lined up at a city Office of Zoning Administration hearing to complain of health problems, excessive noise and pollution.

In 2015, several activist groups representing youth filed a lawsuit claiming the city permitted oil wells near residential areas without conducting environmental studies required under state law and violated anti-discriminatory practices because so many of the wells are located in minority neighborhoods.

The lawsuit, which was not seeking money, was settled in 2016 and officials agreed to implement new procedures to ensure the city complies with California Environmental Quality Act guidelines when permitting oil wells.