Karen Bass Declares State Of Emergency On Homeless In LA 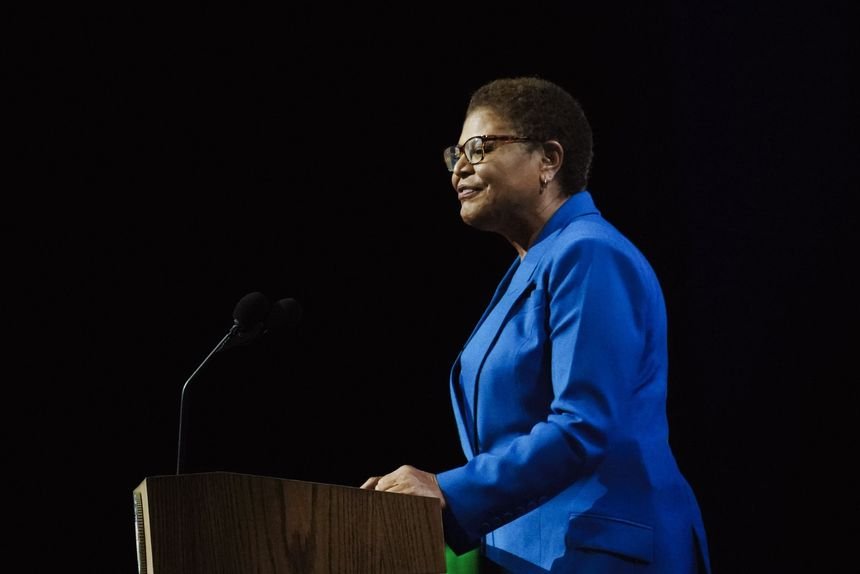 In her first official act as mayor, Bass declared a state of emergency — an aggressive move to highlight the city's dire housing crisis.

On her first morning as mayor of Los Angeles, Karen Bass declared a state of emergency on homelessness.

Bass signed the declaration inside the city's Emergency Operations Center Monday morning in a room designated as the "United Homelessness Response Center."

The move comes as the nation's second most populous city continues to contend with a severe housing crisis — an issue that Bass previously swore to make her No. 1 priority as mayor.

"My mandate is to move Los Angeles in a new direction with an urgent and strategic approach to solving one of our city's toughest challenges and creating a brighter future for every Angeleno," she said.

She said the emergency order will be used to "fast-track " and unlock tools and powers to "make sure we are using every resource possible" to address homelessness.

The city council will have to sign off on the order every 30 days, but Bass said the declaration will prompt a "sea change" and "monumental shift" in the city's approach.

During a meeting on the same morning, Bass underscored how quickly Los Angeles rebuilt its freeway system after 1994's 6.7 magnitude earthquake ravaged the city.

"It's because those projects were not run through the traditional process," Bass said. "They were run through an emergency structure like the one we are harnessing today. We must drive a proactive citywide strategy that solves problems at scale and ultimately drives a solution."

There are an estimated 41,980 unhoused people in the city of Los Angeles, up 1.7 percent from 2020, according to the latest count by the Los Angeles Homeless Services Authority.

Janice Hahn, chair of the Los Angeles County Board of Supervisors, said she plans to introduce a motion to make sure county resources can "match the urgency of this emergency declaration."

"We need to link arms rather than point fingers," Hahn said, adding that Bass was "bringing a new vigor to a battle that we have been fighting way too long."