With Nury Martinez out of Office, Her San Fernando Valley District 6 Gets a Caretaker Instead 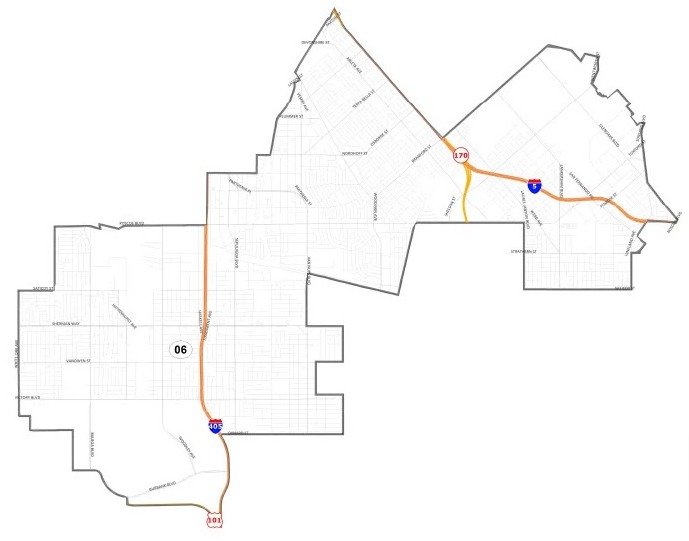 Acting Council President Mitch O’Farrell has appointed Avak Keotahian of the city’s office of the chief legislative analyst to be the temporary caretaker of District 6 in the San Fernando Valley after the resignation of Nury Martinez.

Here's what you need to know:

How's That Going To Work

The chief legislative analyst's office typically helps the city analyze budgets and policies. You’ll see their work in the general election with the fiscal impact analysis on local propositions. Now, as a caretaker for this district, they’ll keep the wheels turning at the council office.

“[It] basically entails… ensuring that the constituents of CD 6 will continue to receive service,” said Tso. “Having this office serve as caretaker is not an unusual event. It’s happened many times over the decades.”

The office won’t have voting powers on the council, but they’ll make sure the bills are paid and that staff gets support to address residents’ concerns. Tso’s responsible for the daily needs of the office. If there’s anything that requires policy action in District 6, she’d have to work with the council president.

Caretaker roles are not unprecedented. Heather Hutt was appointed caretaker of District 10 when Mark Ridley-Thomas was suspended after being charged in a federal corruption case. She was appointed as a council member last month.

Who Signed Off On This?

O’Farrell. He’s able to make the appointment as acting council president without a confirmation from the broader council body. The caretaker stays until another councilmember fills the seat or they’re dismissed.

What About A Special Election?

A special election is required under the city charter because Martinez was elected through 2024, so O’Farrell says this is already being looked into. But it will be months before people can vote. In the meantime, Tso’s office could stay until then or an interim council member could be appointed.