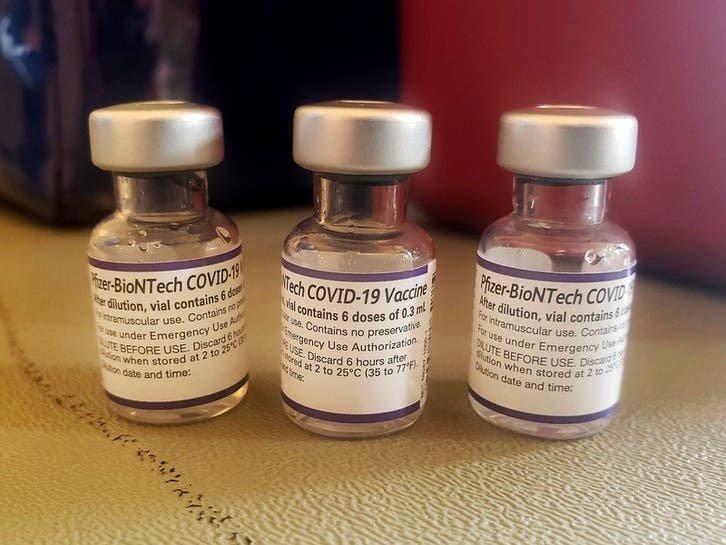 The law, passed by the Los Angeles City Council in an 11-2 vote today, is one of the most aggressive vaccination measures nationwide.

Anyone entering indoor restaurants, bars, gyms, shopping centers, entertainment venues, and personal care establishments in Los Angeles will have to show proof of full COVID-19 vaccination under a new ordinance approved by the City Council Wednesday. Residents will have a month to roll up their sleeves or find themselves banished from a large swath of the indoor public sphere.

It's one of the most aggressive coronavirus vaccination laws passed by a major city nationwide. It effectively forces residents to choose between their vaccine hesitancy and most public places. The ordinance applies to establishments that serve food or beverages, gyms and fitness venues, entertainment and recreation venues, including movie theaters, shopping centers, and personal care establishments. Retail establishments such as grocery stores and pharmacies are not included in the ordinance.

The council voted 11-2 in favor of the ordinance, meaning it will go into effect without an urgency clause. Two members were absent from the vote. Because the ordinance did not receive 12 votes, the ordinance will not go into effect until one month after its publication, or at least Nov. 6. Councilmen John Lee and Joe Buscaino voted to oppose the law.

Buscaino has raised questions about how such a law can be implemented.

Lee has argued that such a measure would not be effective in boosting vaccination rates.

But the law's proponents argued that it will nudge younger people with some of the lowest vaccination rates and highest COVID-19 transmission rates to get inoculated.

"We've spent too much time placing restrictions on people who did their part by getting vaccinated and wearing their masks. We need to both limit the transmission of the virus as well as make it inconvenient for those who are unvaccinated to access indoor venues and put lives in jeopardy. The stakes are too high," Council President Nury Martinez said previously.

The Chief Legislative Analyst told council members on Sept. 29 that the city does not yet have a department chosen to enforce the ordinance, but it has identified the Department of Building and Safety as the most relevant.

Buscaino opposed the measure over the lack of enforcement while expressing concern that untrained employees in understaffed restaurants would be responsible for ensuring compliance. Industry groups expressed similar concerns. The Los Angeles County Business Federation and The United Chambers of Commerce of the San Fernando Valley argued that the law puts LA businesses at a competitive disadvantage with businesses in neighboring communities that can cater to unvaccinated patrons. They have also argued the law puts the expensive burden of verifying vaccination status on struggling businesses.

Unvaccinated people also spoke out against the law, calling it divisive and discriminatory.

The Los Angeles Times quoted one letter-writer who wrote, "I am appalled that the City Council is even putting forth such a draconian, unconstitutional, immoral mandate."

Councilmen Bob Blumenfield, Mike Bonin, and Paul Krekorian expressed concern about details in the ordinance, including a lack of enforcement, but noted that it was imperative that the requirement goes into effect quickly, and that the details can be fixed later.

"All those concerns being said, we can't delay a day longer. We need to advance forward with an ordinance that is going to protect people from their fellow citizens who are making a choice not to be vaccinated," Krekorian said last week.

People are exempt from the mandate if they have medical conditions that restrict their ability to get vaccinated or a "sincerely held religious belief," which will be reviewed by the location the person is trying to enter.

People who are exempt will be able to use outdoor areas of the location, but if unavailable, they may be allowed to enter the indoor area by providing proof of a negative COVID-19 test.

While Los Angeles County continues to see falling numbers of COVID-19 hospitalizations and other metrics, the pace of residents being vaccinated has slowed dramatically, and Public Health Director Barbara Ferrer has warned that the pandemic will only end if that pace quickens.

According to the U.S. Centers for Disease Control and Prevention, fully vaccinated people can still contract COVID-19 and transmit it to others, although they are far less likely to develop symptoms, require hospitalization or die from the virus.

There is some evidence that fully vaccinated people will likely spread the more contagious Delta variant of the virus for less time than unvaccinated people, the CDC says.