Editorial: The City of LA Descends into Full-On Fascism 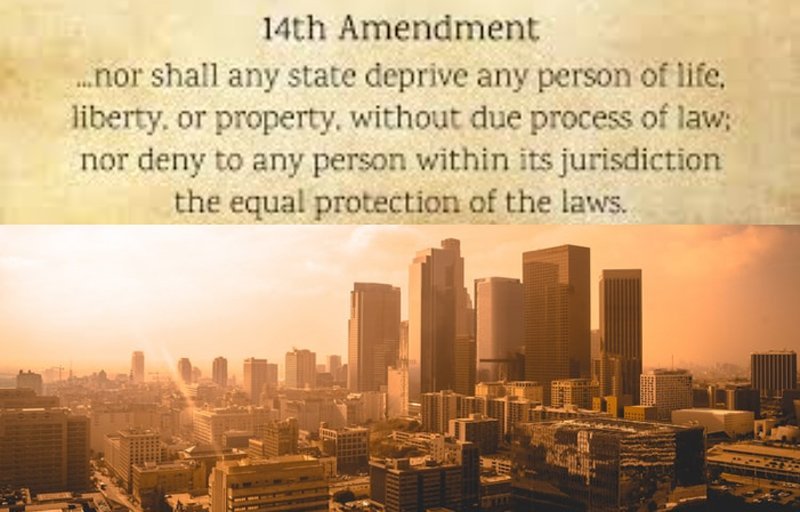 GELFAND’S WORLD-The City of Los Angeles is moving towards a system in which civic employees can be accused of thought crimes and disciplined for a joke or tone of voice or perhaps just a raised eyebrow.

At least that's my reading of the draft Workplace Equity Policy which has now been circulated. The draft speaks directly of microaggressions. Even the sociologists who study such phenomenon have been careful to put the adjective "micro" in front of the term. But the City of Los Angeles will hold its employees to a standard which is well meant but will be extremely hard to uphold in real world practice.

Not so for the city's Neighborhood Council system, in which full-on fascism is the future, at least if the city's appointed officials get their way.

An aside: When it comes to the city's paid employees, we can be reasonably certain that in practice, the new policy will be accompanied by checks and balances. For one thing, city employees are generally represented by unions and work under negotiated labor agreements.

But now, the city government has gone completely over the top. On Monday, July 19, 2021, a draft proposal was presented to the city's Board of Neighborhood Commissioners, which oversees the neighborhood council system. The proposal was presented by Raquel Beltrán, the General Manager of the Department of Neighborhood Empowerment. DONE, as it is colloquially known, has day-to-day administrative functions such as reminding us to take our state-required ethics training. They've done that job reasonably well.

But now DONE's General Manager is asking the city for absolute power over neighborhood council board members. If the proposed new policy is passed, then on her say-so, you can be removed from your board for the next three months without any requirement that anything be proved against you. On mere say-so, the GM can suspend you, and there is no recourse on your part.

In a letter presented to the BONC on Monday, Beltrán presented the case for assuming such unprecedented power. Here is the paragraph in that letter which caused something of a firestorm among the ranks of neighborhood council participants:

Let me translate that paragraph into plain English for you: If the General Manager of this one city department takes a dislike to you, you are gone. There don't have to be established facts, or a chance to tell your side, or any other due process. If Raquel Beltrán wants you gone, you're gone. All of that is implicit in that one word, "alleged." There doesn't have to be due process, or even a chance for you to defend yourself. It's just something that has been alleged.

One distinct problem with this proposal -- aside from its essential fascism -- is that Raquel Beltrán has not shown us the Solomon-like wisdom that would be required in order to grant her such power and authority. In our experience, there are distinct questions about her fairness and her fitness to serve. Now, based on the contents of the letter, we can say confidently that she is not fit to serve and should be removed as General Manager of the Department of Neighborhood Empowerment. Could anyone even imagine Greg Nelson asking for such power?

I will concede from the outset that the paragraph in question talks merely about a three-month suspension from one's lawfully elected position, but the combined documents make clear that this is a move to give the authorities the power to remove board members permanently when, in their judgment, they think the system would be better off without them. The Coup de grâce would be administered by the BONC.

You might imagine that such a radical change would have come about based on some demonstrated need. If there is some such need, it has not been discussed with neighborhood council participants.

The Beltrán letter refers to requests and complaints from neighborhood council participants, but in a system which includes several thousand people (board members and participating public), there are always going to be those who are disgruntled. But I am not aware of any truly public airing of the sorts of problems that would justify giving some city department the power to overrule the decisions made by the city's voters in official elections.

Here is how the proposed policy came about, where I am quoting directly from the Beltrán letter.

" Two members of the Commission were appointed to an Ad Hoc Committee to work with the Department to prepare draft amendments to the Policy. They include Commissioners Len Shaffer and Quyen Vo-Ramirez.

"In partnership with the Commission’s Ad Hoc Committee, the Department led a Neighborhood Council Code of Conduct Work Group of City Department leaders with neighborhood council experience. They set out to review current policy, implementing procedures and processes, and current and anticipated City policies. The Work Group members included representatives of the Personnel Department’s Division, the City Attorney’s Labor Relations and Neighborhood Council Advice Divisions, and EmpowerLA’s Leadership Team. Additionally, the Work Group included representatives of the City of Los Angeles Civil, Human Rights, and Equity Department (LA Civil Rights). EmpowerLA is grateful to these seasoned professionals for their dedication to this project."

Again, allow me to translate these paragraphs into plain English. In order to develop a method that will allow the authorities to throw difficult people off of neighborhood council boards, the authorities put together a group of bureaucrats who know how to write legislation. This operation appears to have been carried out in secrecy, at least from the neighborhood council participants that this proposed policy is now aimed at. There was obviously no input from people like me.

Allow me to take this moment to make an editorial remark. The proposed policy is really just another concession that the authorities have failed all along. They can't eliminate the complaints from disgruntled people, and they have tried, in their own fumbling way, many things. What they don't understand is that their own incompetence shines through when it comes to their attempts at behavioral modification. They just keep escalating their attempts at a dictatorship and the policy currently being proposed is just one more outrage they have perpetrated.

In the hours following the release of the Beltrán letter, there was, naturally enough, speculation about the timing. The argument went like this: Over the past month, a group of people have been getting together to discuss the problem of DONE and what to do about it. The group was originally created by a vote of the Los Angeles Neighborhood Council Coalition (LANCC) but has, over the weeks, begun to take on a life of its own. This group will eventually hold discussions (and a Town Hall Forum) on the issues with respect to DONE, and this is planned to be open to the public and online.

So it was natural for some people to assume that this letter -- and its public presentation at a BONC meeting -- was a shot across the bow, so to speak, against the ad hoc committee and its members. Maybe we (I'm a participant) are some of the intended targets of the proposed policy. Perhaps DONE sees any criticism of its own actions as a microaggression. The proposed policy is so broad that, were it to be enacted, it could be used against the members of the ad hoc committee.

But I have a different view. I think that the people who participated in the process of developing this monstrosity -- particularly the two BONC members -- are completely sincere in their belief that they have to have more power to discipline neighborhood council participants and to remove them from participation. I'm guessing that there are a couple or three people who they would like to get, even though they won't say so in public. Or perhaps they just have vivid imaginations and speculate about what might happen someday.

What's interesting is that my colleagues, now aroused from their slumber, are pointing out how un-American the whole proposal is. It's not a difficult argument to make. One might merely point to the Constitution's prohibition of ex post facto laws. Should the new policy be implemented, the city of Los Angeles will be the exception to that principle.

I suggest that neighborhood council participants take the time to read through the Beltrán letter in its entirety to see the overall scope and the danger to your own interests.

In closing for today, may I point out that there are a substantial number of questions that should be taken up both publicly and in the pages of CityWatch. Some of them include the misuse and abuse of the technique called "exhaustive efforts," the inability of the BONC to develop an equitable neighborhood council funding policy, the general incompetence and ignorance of DONE staff, and the punitive acts by DONE against some neighborhood council participants. We've got a lot to talk about in the coming months.

For now, let's summarize. It is time for Mayor Garcetti to remove Raquel Beltrán as General Manager of DONE and to remove Eli Lipmen from the Board of Neighborhood Commissioners. It is also long since time that we had a City Attorney who treats the neighborhood councils as coequal partners in city government rather than as the opponent.

Could this be the tipping point? Will we finally get constructive change?

The creation of the ad hoc committee to investigate DONE and the current public outrage over the Beltrán letter are not the cause, but merely symptoms of problems that go back for years. We have asked for action to be taken, but the city government always seems to go the wrong way. Perhaps the level of anger currently being manifested will finally lead to the right kind of action. Perhaps neighborhood council participants will start to tell DONE and the BONC, "I don't work for you. You are supposed to work for me."

Here again is the Beltrán letter.