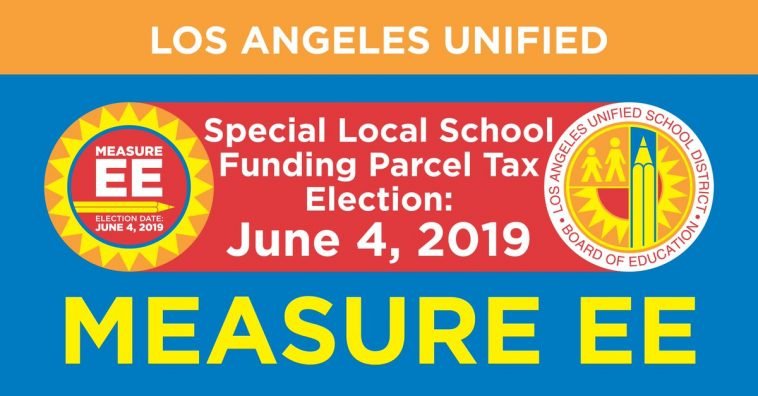 COMMUNITY IMPACT STATEMENT
On Thursday, February 28, 2019, the Los Angeles Unified School District’s Board voted unanimously to place a 16 cents per square foot property tax on the June 4th special election ballot. While the Arleta Neighborhood Council wants an effective public education system for our children, it sees this as a temporary fix to a budget deficit asking taxpayers to bail out a school district with a history of red ink, appalling education results, declining enrollment, and runaway administration hiring.
At Arleta Neighborhood Council General Board meeting held April 16, 2019, the board voted _____For, ______Against, _______No Position, _______Neutral Position regarding the Los Angeles Unified School District’s Parcel tax increase that goes to the voters in a special election to be held on June 4, 2019.
For the above stated reasons, we urge our elected officials to join us in opposing measure EE on the June 4, 2019 special election for the following reasons:
1. The special election is costing the taxpayers millions of dollars ($12.5 million).
2. This parcel tax will add hundreds of dollars to tax bills and rents without considering income of property owners.
3. Measure EE claims to exempt the principal homeowner seniors 65 or older, however, it does not guarantee this exemption nor does it cover renters. “An exemption from payment of the special tax may be granted on any parcel owned by one or more persons 65 years of age or over who occupies the parcel as a principal in residence, upon application for exemption (“Senior Citizen Exemption”).” This could require the elderly to apply every year to maintain an exemption that could allow them to keep their homes and does not guarantee it.
4. Property owners will be forced to bail out the school district’s mismanagement, making irresponsible contract promises to the teacher’s union without the funds to pay for them.
5. Instead of heeding L.A. County’s warnings for budget reform, LAUSD requests a massive tax increase. It is unfair to expect property owners to pay for LAUSD’s decisions to fund a contract they could not afford. Without serious budget reform, there will likely be more tax increases in the future to compensate for LAUSD’s mismanagement of funds.
6. Measure EE lacks serious oversight. To claim the money will be used for the “support” of schools is vague and does not guarantee the money will be spent wisely or for the children.
7. Just last November, a stormwater parcel tax was inflicted on homeowners by Los Angeles County (Measure W). We predict future ballot measures to place even more financial burden on property owners.