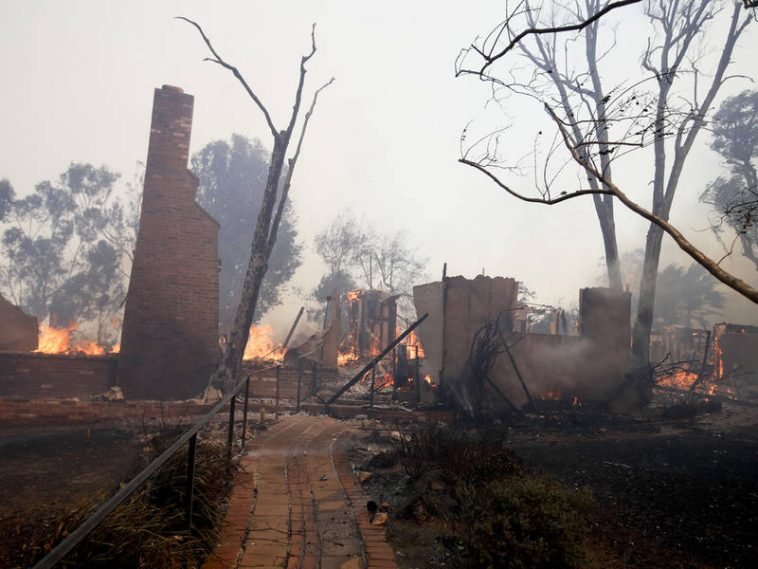 The Creek Fire was 95 percent contained Monday after destroying dozens of homes and scorching more than 15,600 acres, and full containment was expected later in the day, authorities said.

The upgraded containment figure from 90 to 95 percent was reported by Cal Fire Sunday night.

The wind-driven blaze broke out at 3:42 a.m. Tuesday. Over the weekend, more than 1,700 firefighters continued to patrol the area in Sylmar and improve lines of cleared vegetation.

The fire has destroyed 60 homes and 63 outbuildings, damaged another 55 homes and 26 outbuildings, and scorched 15,619 acres, Cal Fire reported. Currently, 2,500 structures continue to be threatened.

On Friday, all evacuation orders were lifted at 6 p.m. Evacuation orders first issued Tuesday affected about 150,000 households citywide, according to Los Angeles Mayor Eric Garcetti, who said "thousands upon thousands of homes" had been protected over the past few days.

All roads have reopened, according to the Los Angeles Fire Department.

Virginia Padilla, whose family owns a ranch in Sylmar, told reporters the fire killed at least 30 of the ranch's horses.

Padilla said she and her family were able to get out of her home just in time Tuesday morning but were not able to take their horses with them.

All Los Angeles Unified School District schools in the San Fernando Valley and some on Los Angeles' Westside -- a total of 265 district schools and charter schools -- were closed through last Friday. They have re-opened today.