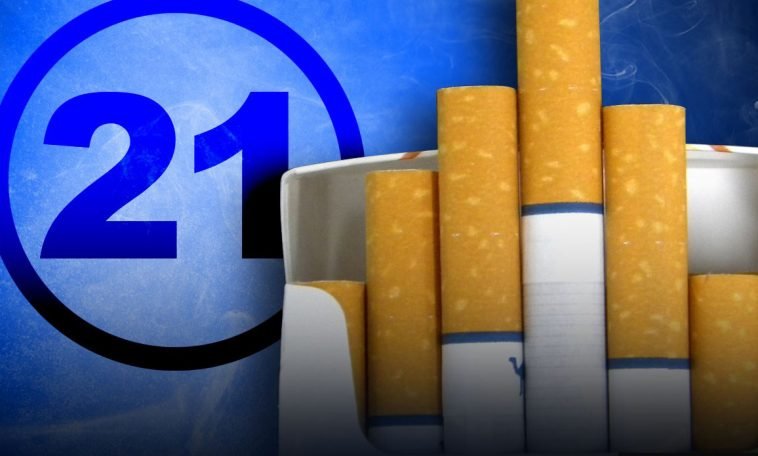 The Governor also signed a bill which groups vaping into the same category— and thus restrictions— as traditional tobacco products.

It'll soon be more difficult for California's youth to get their hands on a pack of cigarettes or an electronic smoking device. Starting this summer, the legal smoking age in the state will be 21.

On Wednesday evening, Gov. Jerry Brown signed into law a handful of bills centered on tobacco laws. In a legislative update, his office announced the following had been signed:

The most recognizable bill is by Sen. Ed Hernandez, which raises the age one must be in order to purchase tobacco products from 18 to 21.

“The Governor’s signature on Tobacco 21 is a signal that California presents a united front against Big Tobacco. Together, we stand to disrupt the chain of adolescent addiction,” Hernandez said in a press release Wednesday night. “The fierce opposition from Big Tobacco on this measure proves just how important this law is and how much their business model relies on targeting our kids.”

Sen. Mark Leno's bill on e-cigarettes is also one that will affect many in California, where the use of such devices has been growing in popularity. Now, they'll be prohibited in all the same places where traditional smoking is already banned like schools, restaurants and public transportation.

“The e-cigarette is nothing more than a new delivery system for toxic and addictive nicotine,” Leno said following the bill's approval. “Ensuring that e-cigarettes fall under California’s comprehensive smoke-free laws is critical to protecting public health, especially given the alarming rate at which young people are picking up these devices."

Smokers will also have to be 21 to purchase electronic cigarettes and vaping devices.

The L.A. Times reports that since these bills were signed during a special session, they'll take effect in June.

"Although California has one of the lowest cigarette tax rates in the nation, I am reluctant to approve this measure in view of all the taxes being proposed for the 2016 ballot," Brown said in a veto message.

The American Lung Association notes that 90 percent of tobacco users begin smoking before the age of 21.

Tobacco-related diseases killed 34,000 Californians in 2009 and cost the state more than $18 billion in medical expenses, according to studies by UC San Francisco.