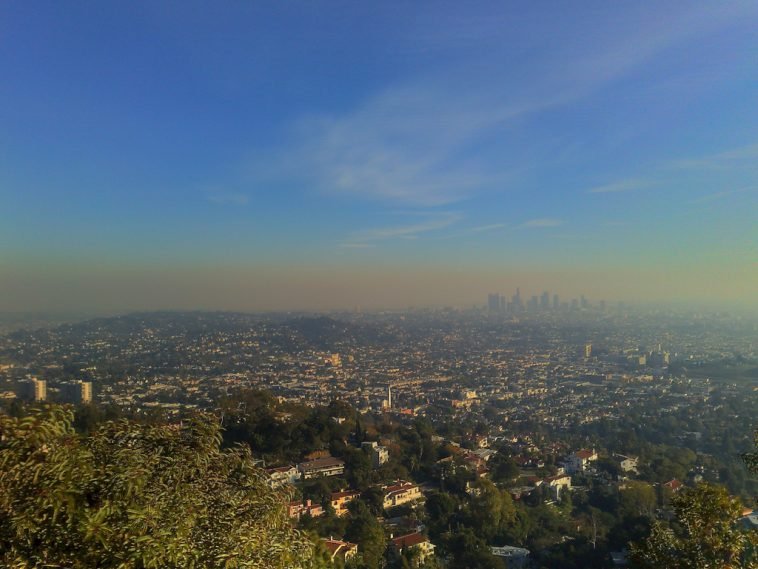 Los Angeles continues to earn its reputation for smog, but air pollution dropped to the lowest level in 17 years of monitoring.

The Los Angeles-Long Beach metropolitan area continues to have the worst ozone pollution in the nation, but the area has seen marked improvement in short-term and annual particle pollution, showing its best readings in 17 years, according to a report released today by the American Lung Association.

The association's "State of the Air 2016" study noted that 16 of the nation's most-polluted cities showed their lowest levels of particle pollution in the 17-year history of the report.

California cities, however, dominated the top-10 lists of worst offenders in all three categories. Bakersfield ranked worst in the nation for short-term and annual particle pollution, and second for ozone pollution behind Los Angeles-Long Beach. The Visalia-Porterville-Hanford region ranked among the worst three in all three categories. Fresno-Madera ranked among the worst four across the board.

The report is based on readings taken at monitoring sites across the country from 2012-14.

"Thanks to California's cleaner vehicles and fuels and other innovated clean-air policies, we're seeing steady progress in our fight for cleaner air," said Olivia J. Diaz-Lapham, president/CEO of the American Lung Association in California. "However, more than 80 percent of Californians -- 32 million residents -- still live in counties with unhealthy air during certain parts of the year. We simply must do more to protect the health of Californians."

But air pollution continues to be a major issue nationally, according to the report's authors.

"The State of the Air 2016 report shows that, even with continued improvement, too many people in the United States live where the air is unhealthy for them to breathe," according to the report. "Despite that continued need and the nation's progress, some people seek to weaken the Clean Air Act, the public health law that has driven the cuts in pollution since 1970, and to undermine the ability of the nation to fight for healthy air."